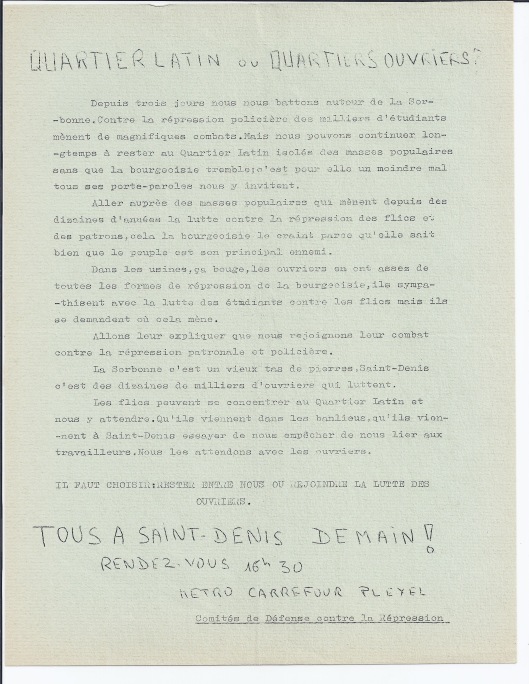 For three days we have been fighting around the Sorbonne. Thousands of students have fought magnificently against police repression. But we could stay in the Latin Quarter, isolated from the masses, without the bourgeoisie trembling; for them it is a lesser evil that all their spokesmen invite us to.

It is stirring in the factories; the workers are tired of all forms of bourgeoisie repression, they sympathise with the student struggle against the cops, but they wonder where it leads.

We will go to explain to them that we have joined their struggle against the repression of employers and police.

The Sorbonne is an old pile of stones. Saint-Denis is tens of thousands of struggling workers.

THE CHOICE HAS TO BE MADE: KEEP IT BETWEEN OURSELVES OR JOIN THE FIGHT OF WORKERS.

Committees for the Defense against Repression