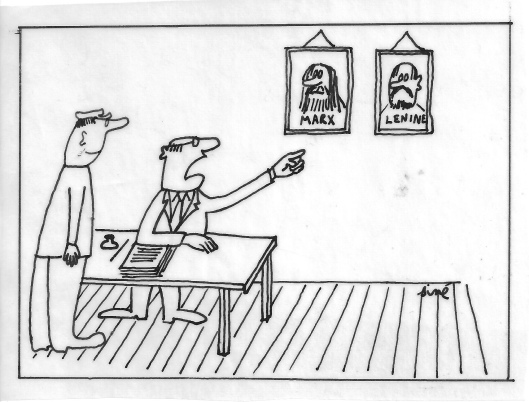 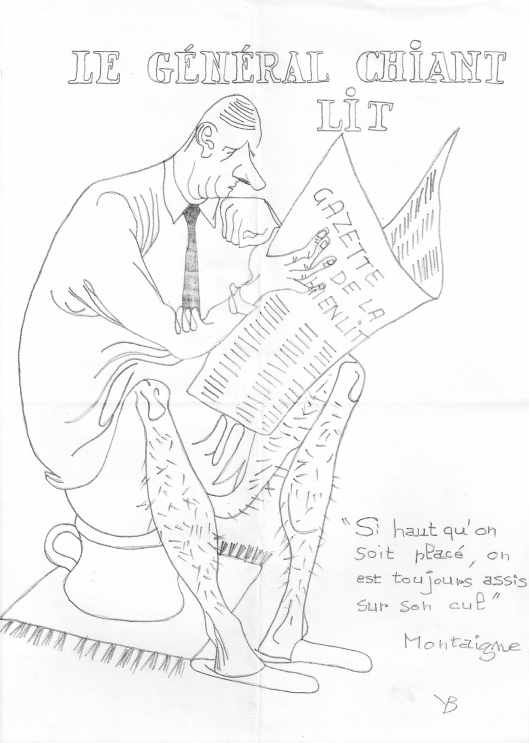 “The Pain in the Arse General Reads”

“No matter how lofty is one’s place, he always sits on his bottom” – Montaigne

I received this original cartoon in a selection of tracts which also included a few photocopies of it, implying that it was used as a tract at the time.

The cartoon refers to de Gaulle’s infamous speech of 19 May where he used the phrase “La réforme oui, la chienlit non!”. Taken on face value the phrase means “Reform yes, chaos no!”. But de Gaulle also intended a scatological pun here, where “chienlit” is “chie-en-lit” – shit-in-the-bed.

The phrase in important enough to have its own article on wikipedia which explains the allusions.

This cartoon piles the puns on to breaking point. The title takes “chienlit” as “chiant lit”. So here the General reads (“lit”) – with “chiant” describing him as boring, annoying or most likely “a pain in the arse”.

The drawing leaves little to the imagination – showing the general “chie” (shitting) while “lit” (reading) the “Gazette de la Chienlit”.

Finally the quote from Montaigne underscores the meaning once more.