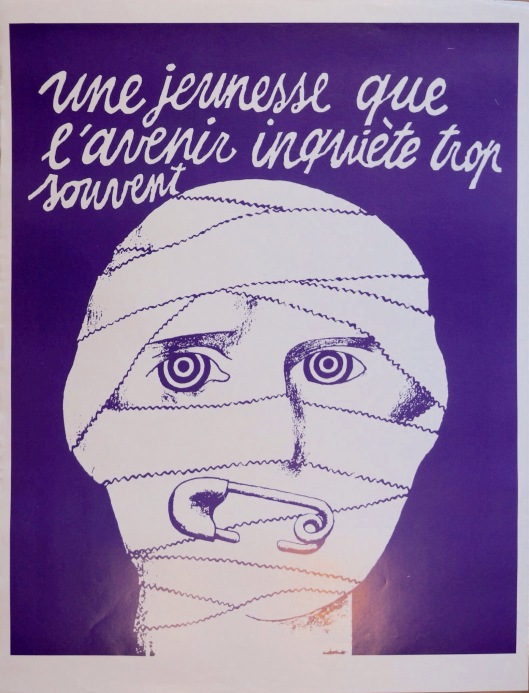 A Youth Who Worries About the Future too Often

This is one of my favourite posters from May 68 – and indeed one of my favourite graphic images of all time.
The text is almost a direct qoute from a speech made by de Gaulle on May 24: “the profound troubles, especially amongst the youth, who are concerned about their own role and who worry about the future too often” (“les troubles profonds, surtout dans la jeunesse, qui est soucieuse de son propre rôle et que l’avenir inquiet trop souvent”)

There were at least 3 versions made of this poster – my copy is one of the later offset printed ones (the earlier versions were less graphically less sophisticated and screen-printed).

This image is also famous for inspiring Jaimie Reid in making an early version of the Sex Pistols’ “God Save the Queen” 7″ cover.