The Freemasons of the Grand Orient de France, faithful to their secular tradition of Liberty, Equality and Fraternity pay emotional tribute to the spectacular movement of students and workers of town and country who express their fervent desire for justice, democracy and progress, while keeping their sense of responsibility.

By refusing the right of protest and dialogue with the students’ and workers’ representative for the last 10 years, the State (in monopolising public information for its own exclusive use) has made itself a closed and technocratic authority claiming the monopoly on decision-making for itself.

The refusal of popular aspiration must inevitably lead to revolt.

It is the students who are the first to wake up a sleeping Nation, making it examine its conscience and take a stand.

This is proven by the millions of strikers and the occupation of workplaces.

The Grand Orient de France once again condemns the heavy-handed and brutal repression that has transformed peaceful demands into rioting:
It is inconceivable that a society ignores its youth.

The Grand Orient de France considers that a democratic and progressive government based on the lifeblood of the Nation and on its representative bodies can, alone, respond to the requirements of our times.

The Grand Orient de France has endeavoured to define the requirements of tomorrow and bring modern and constructive solutions to them, notably over the last 10 years in its conferences, congress and days of study.

It is pleased by the free participation of its members in the action undertaken to awaken civil spirit and galvanise the desire for democracy.”

This is one of the more surprising posters from May 68: a declaration of support for the students and workers from the largest Masons’ Lodge in France. 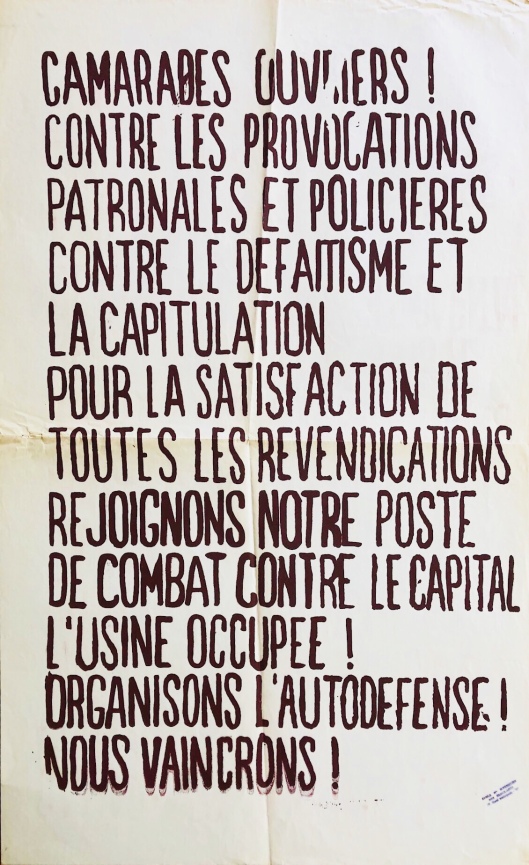 Let’s join our battlestation against Capital
The Occupied Factory!

Let’s organise our self-defence!
We will win!” 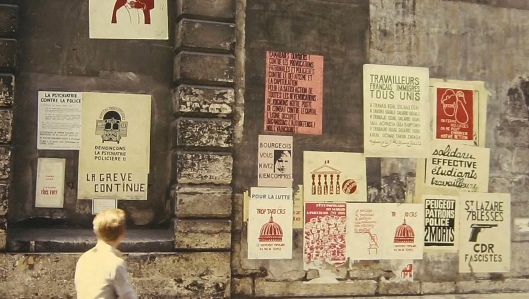 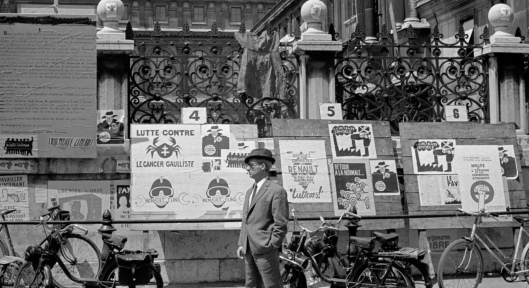 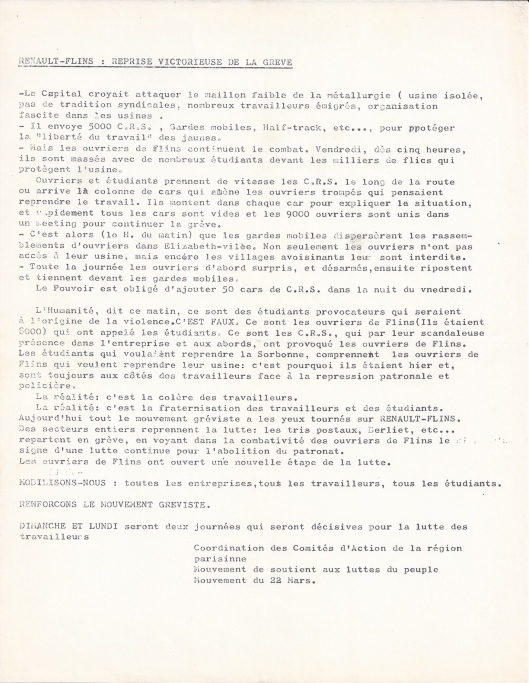 RENAULT-FLINS; VICTORIOUS RESUMPTION OF THE STRIKE

– Capital believed it was attacking the weak link of the metal-working industry (an isolated factory, no union tradition, a number of immigrant workers, a fascist organisation in the factories).

– But the workers of Flins continue the combat. Friday, at 5:00am, they amassed with a number of students in front of the thousands of cops protecting the factory.

Workers and students overtake the CRS along the route where the cars arrive, carrying the workers who were tricked into thinking they were resuming work. They get into each car to explain the situation, and quickly all of the cars are empty and the 9,000 workers are united in a meeting to continue the strike.

– It is then (10 in the morning) that the mobile guards attack the gatherings of workers in Elizabethville. Not only do the workers have no access to their factory, but the neighboring villages are also prohibited.

– All day the workers, at first surprised and unarmed, respond and hold on before the mobile guards.

Power is forced to add 50 cars of CRS during Friday night.

The reality: is the anger of the workers.

The reality: is the fraternization of the workers and the students.

Today the strike movement turns its eyes to RENAULT-FLlNS. Entire sectors take up the struggle again; the postal sorting offices, Berliet, etc… go back on strike, seeing in the fighting spirit of the workers of Flins the sign of an ongoing struggle for the abolition of the bosses.

The workers of Flins have opened a new stage of the struggle.

SUNDAY AND MONDAY will be two decisive days for the workers’ struggle. 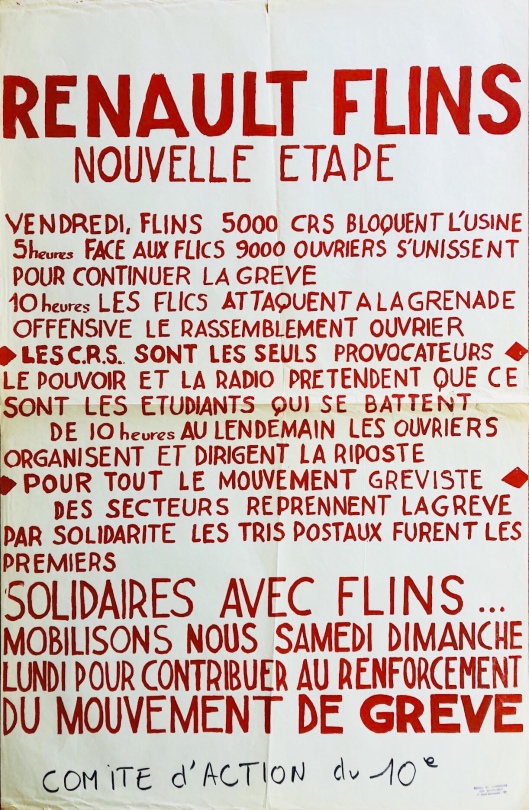 10am – The cops attack the gathered workers with a grenade assault

* THE CRS ARE THE ONLY PROVOCATEURS *

* FOR THE ENTIRE STRIKE MOVEMENT *

LET’S MOBILISE OURSELVES ON SATURDAY, SUNDAY, AND MONDAY TO CONTRIBUTE TO THE REINFORCEMENT OF THE STRIKE MOVEMENT”

“Borders – we don’t care about them!” 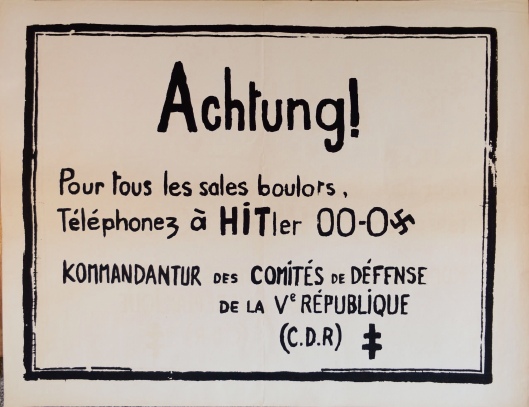 “Achtung!
For all dirty work,
Phone HITler 00-00
Kommandant of the Defence Committees of the 5th Republic (C.D.R.)” 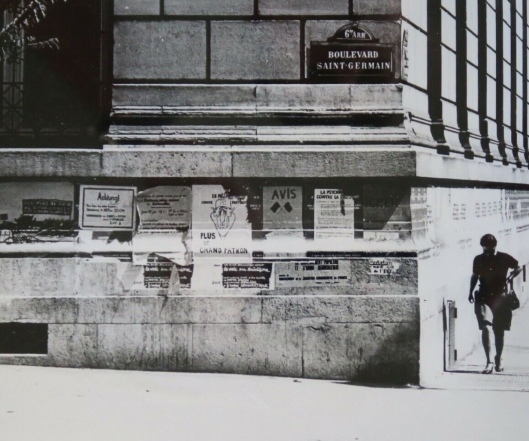